Proximity to human population centers, coral disease, water quality issues, fishing, boating, and climate change are just some of the factors affecting the coral reef ecosystem in the ECA 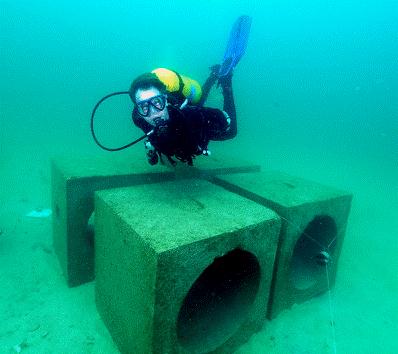 The Steinhatchee Fisheries Management Area (SFMA), in planning and development for more than a decade, has just passed a major milestone, the construction of 452 of 500 planned “fisheries conservation reefs.” This project has been a long-term partnership between UF’s Fisheries and Aquatic Sciences and the Florida Fish and Wildlife Conservation Commission (FWC), with federal funding through Sport Fish Restoration for reef construction and NOAA Fisheries-MARFIN for research and monitoring. 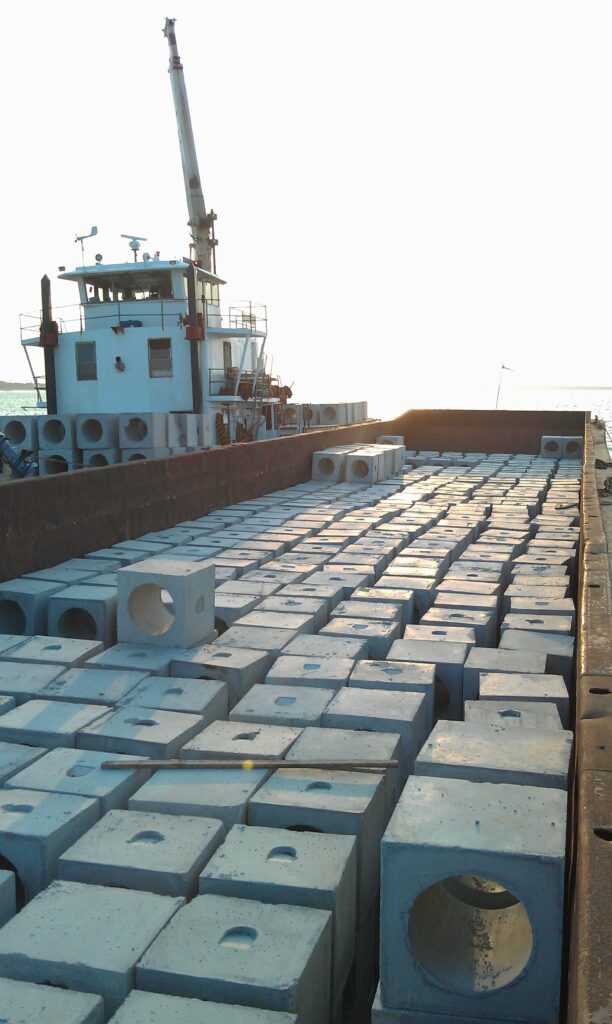 The initial reef construction began in 2005, when Bill Lindberg, UF and Florida Sea Grant fisheries specialist, and his team placed a line of 40 standardized reefs, 160 cubes in groups of four, bracketing the Big Bend region of Florida. Reef cubes each weigh a ton and have a large central cavity sized for larger-bodied fish, like gag. These sites are used as fisheries independent monitoring stations intended to aid gag stock assessments and to evaluate the output of the conservation reefs now deployed in a 100-square-mile area permitted by the U.S. Army Corps of Engineers, about 18 miles west of Steinhatchee.

Conservation reef construction was just completed in mid-June under the direct supervision of Lindberg and his team. On June 9, Jon Dodrill and Keith Mille of FWC traveled to Steinhatchee to observe one of the final barge loads being deployed, as part of the oversight requirements for the federal grants program. And on June 16, Keith Mille and Bill Horn joined Lindberg’s team aboard the R/V Inquisitor to document representative reefs on the seafloor.

Fisheries for long-lived reef fish like gag are typically sustained by periodic strong year classes, and the SFMA is attempting to maximize that potential. Like the evaluation reefs, these new conservation reefs are each composed of four cubes, or about four tons of concrete modules per patch reef. The locations were randomly spread over a 100 square-mile-area and will not be made public, so as to minimize directed fishing. As part of the overall plan, the SFMA also has a 5 square-mile area designated for public fishing reefs, located in the northern corner of the larger permit area. Four 16-cube fishing reefs were built in 2007 in cooperation with the Taylor County Board of Commissioners, UF and FWC. Enhancements of the fishing reefs are planned for the SFMA as funding is available. 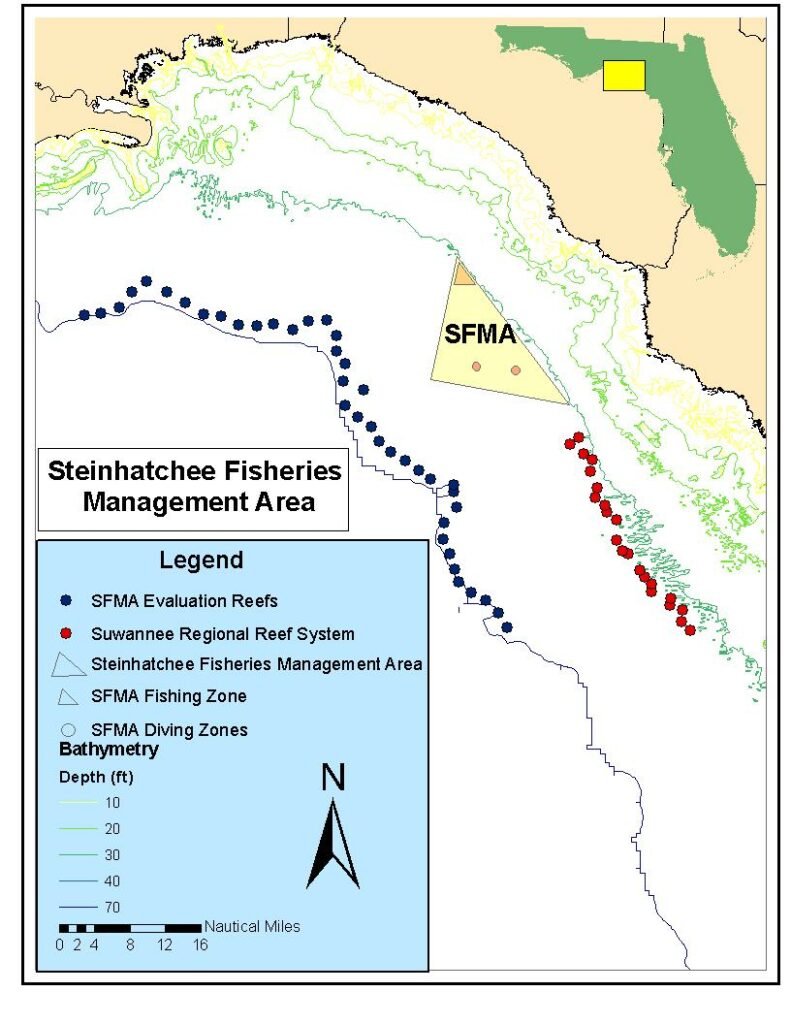